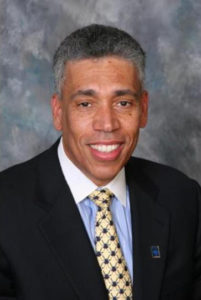 Before the sun rose on Joe French’s first day in the world, he already had several strikes against him.

Born in the Bronx during the 1950s, French grew up in the midst of racial tension and dramatic demographic shifts. Born to a bipolar mother, French himself suffered from dyslexia. French’s father determined his son would leave the east coast upon his high school graduation and enroll at Southern Illinois University during the late 1960s.

“I actually never applied to any other university except SIU,” French said. “As a third-generation family member to attend SIU, no one even considered sending me anywhere but Carbondale.”

With his one-way ticket to the Midwest, French boarded a plane and arrived on campus. Carbondale turned out to be a great home for French, who knew he would be headed in the wrong direction if he didn’t go west to SIU.

“It was the late 60s and early 70s, and there was the flower power movement and all kinds of drugs. New York and the East Coast were embracing that movement, and when I came to Carbondale, that pace slowed,” he said.

“SIU was this wonderful place to decide who I was going to be and how I wanted to be perceived. I wasn’t somebody’s son; I was just a student along with thousands of other students. I got a great education at SIU, and my degree in psychology helped me throughout my life understand people and what makes them tick.”

French’s SIU education contributed to his success as an entrepreneur. He became a millionaire before the age of 30.

“Psychology came in handy on my very first job. I was the first black kid to be hired at a Jaguar dealership,” he said. “In less than six months, I was their number one salesman. I learned that people wanted knowledge about cars, and I also learned that knowledge was powerful.”

From an early age, French honed his entrepreneurial skills and even put them to use at SIU while he worked on his degree.

“I used to travel back and forth to New York and buy these fancy sports cars and drive them back to southern Illinois where people didn’t have access to such vehicles. Those cars sold like hotcakes,” he said. “Right before graduating, I spotted a tractor trailer bed selling waterbeds. I seized the opportunity and bought them all. In a few days, I resold them and made a quick $16,000.”

For graduation, French received a camera as a gift. He went back to New York City, opened an art gallery and started hanging out with budding photographers such as Paul Caponigro and Ansel Adams.

“We would trade photographs and sell them for about $100 to each other,” French said. “I remember I used to get so mad at Ansel because he was the only one who made us pay $250. I thought he was playing dirty until much later when I sold one of his photographs for $50,000.”

When the art market took a huge dive, he decided to go into corporate art, which led him to his ultimate destination of commercial leasing and real estate brokerage. 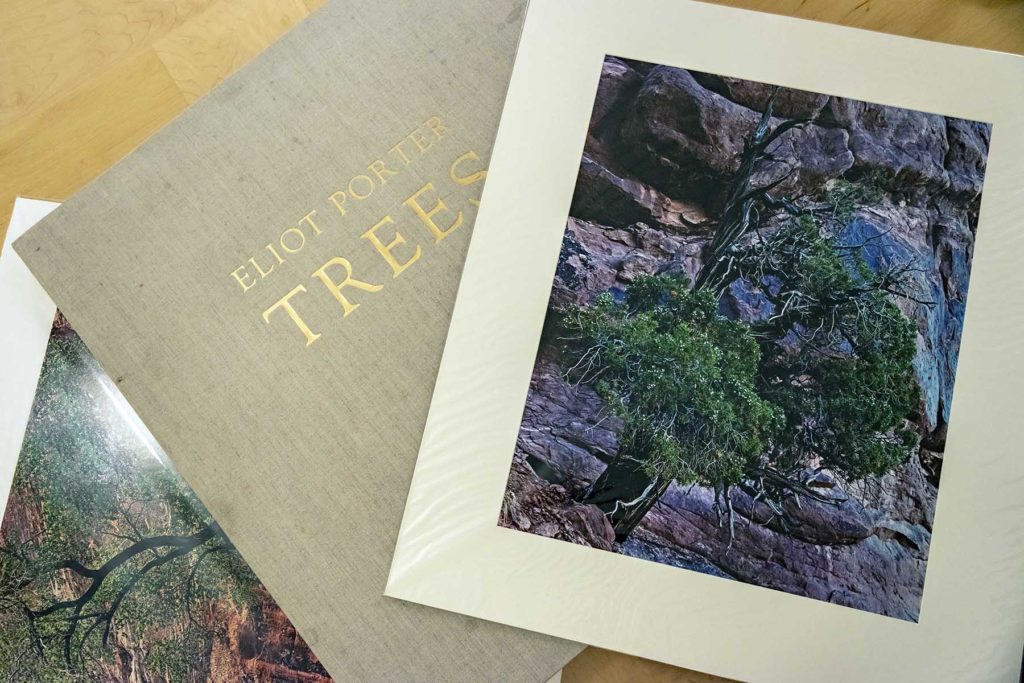 French published a limited edition portfolio of Porter’s photographs called “Trees.” French donated one of the 25 sets to the Morris Library’s Special Collection.

During his time selling art to corporations he worked with a number of artists including Eliot Porter, a photographer known for his richly colored images of the natural world. His photographs of nature from the forests of New England to the deserts of Mexico became the iconography of the conservation movement. Today, his works are held in the collections in museums as the Museum of Modern Art in New York.

French published a limited edition portfolio of Porter’s photographs called “Trees.” French donated one of the 25 sets to the Morris Library’s Special Collection.

“I want students to know who Eliot Porter was, especially if they have an interest in photography. I also wanted to give back to the university that set me on the path to success,” French said.

“We plan on displaying it in the University Museum this fall where everyone can see these masterpieces,” Pollitz said.

When French was asked about the advice he would give to today’s students, he said he would tell them that they don’t have to be a rap star to succeed.

“What you need to do is figure out what you love and if it can support you in a lifestyle you can live with,” he said. “You have to be realistic in your dreams. You need to be willing to go hard and when doors are shut, see if there is another door that can be opened.”

French has a written a book about his life, “French Lessons,” which will be published in late 2019.