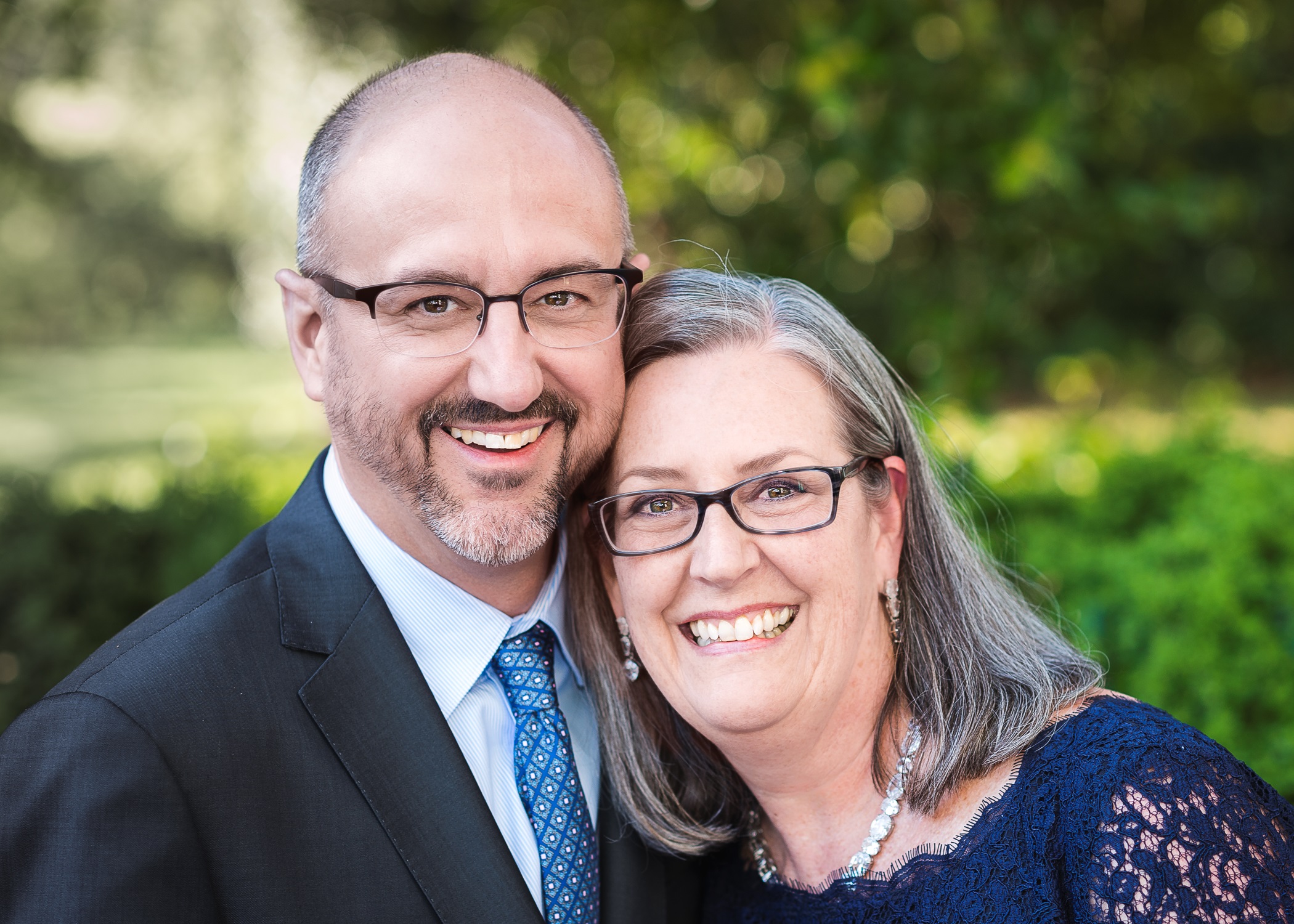 “Live long and prosper.” Most people are familiar with the Vulcan greeting of Mr. Spock in the television series “Star Trek,” which debuted in 1966 and went off the air just one month before Neil Armstrong became the first man to walk on the moon. Growing up in Decatur, Illinois, Robert Dennis was fascinated by “Star Trek” and its vision of outer space and space travel.

Both the reality of the moonwalk and the fantasy of “Star Trek” fueled Dennis’ desire to be an astronaut. Unfortunately, poor eyesight and a growth spurt dashed his hopes of physically traveling in outer space.

But he could still dream about it.

“I realized right then that if I couldn’t get into space as an astronaut, then maybe I could go to California and make a movie about space,” he says.

So Dennis set his sights on SIU.

During his first few days on campus, two things surprised him. The first was a professor who announced to a room full of new students that “if you are in this class to get a job in Hollywood, you may as well walk right out the door.” At that defining moment, Dennis decided that not only would he go to Hollywood, but that he would become a success as well.

The other surprising revelation was that filmmaking had little resemblance to the shows he had watched growing up.

“Looking back with 20/20 hindsight, I now know that SIU gave me a deeper appreciation for film – especially experimental, documentary and independent filmmaking,” he says. “SIU opened my mind to a whole world of filmmaking that had nothing to do with my childhood dreams of ‘Star Trek.’ ”

Upon graduating from SIU, Dennis got his master’s degree from the University of Southern California, a widely respected film school that also claims George Lucas as one of its most accomplished alums. Dennis soon met his wife, Patricia, also a USC alum who now serves as senior vice president for The CW television network.

Dennis’ career included working at Lucasfilm, becoming elected as president of the Large Format Cinema Association and serving as a director of post production for HBO Pictures. Dennis also served on a post supervision team for film restoration and preservation at Walt Disney Studios as well as overseeing the 70mm “IMAX” laboratory services at Technicolor. While he and his wife forged successful careers in the challenging world of filmmaking, the couple also shares a strong commitment to the power of education.

That brings us back to Mr. Spock’s desire that others “live long and prosper.”

While Robert and Patricia Dennis have certainly fulfilled that goal, they understand that others may need a hand to do the same. Several years ago, the couple established the Robert Dennis Filmmaking Award, which is given to an outstanding SIU student filmmaker for his or her accomplishments in cinematography.

This past spring they began revamping their wills and recognized it made the best financial sense to establish a revocable family trust. With no children of their own and no extended family members to provide for, the couple determined that they wanted to see most of their estate gift go to youths who really need the help.

They both immediately thought of SIU.

“Patricia and I understand how tough this business can be for young people,” Dennis says. “Patricia listened to my stories about SIU, and the important part it played in my life. We both decided to give back to SIU and encourage students with financial help who need it to continue their filmmaking education.”

The Dennis’ estimated $1.3 million gift is the largest estate gift in the history of the College of Mass Communication and Media Arts.

“When we finalized the trust, we sent off a note to the SIU Foundation announcing our decision – and the reaction was amazing,” Dennis says. “We often ask ourselves, ‘How is it that we turned out to be the people who have pledged this amount to the school? Why haven’t others done the same?’ We’ve already set aside resources for others. It is just the right thing to do to help kids out who can use it more than us.” 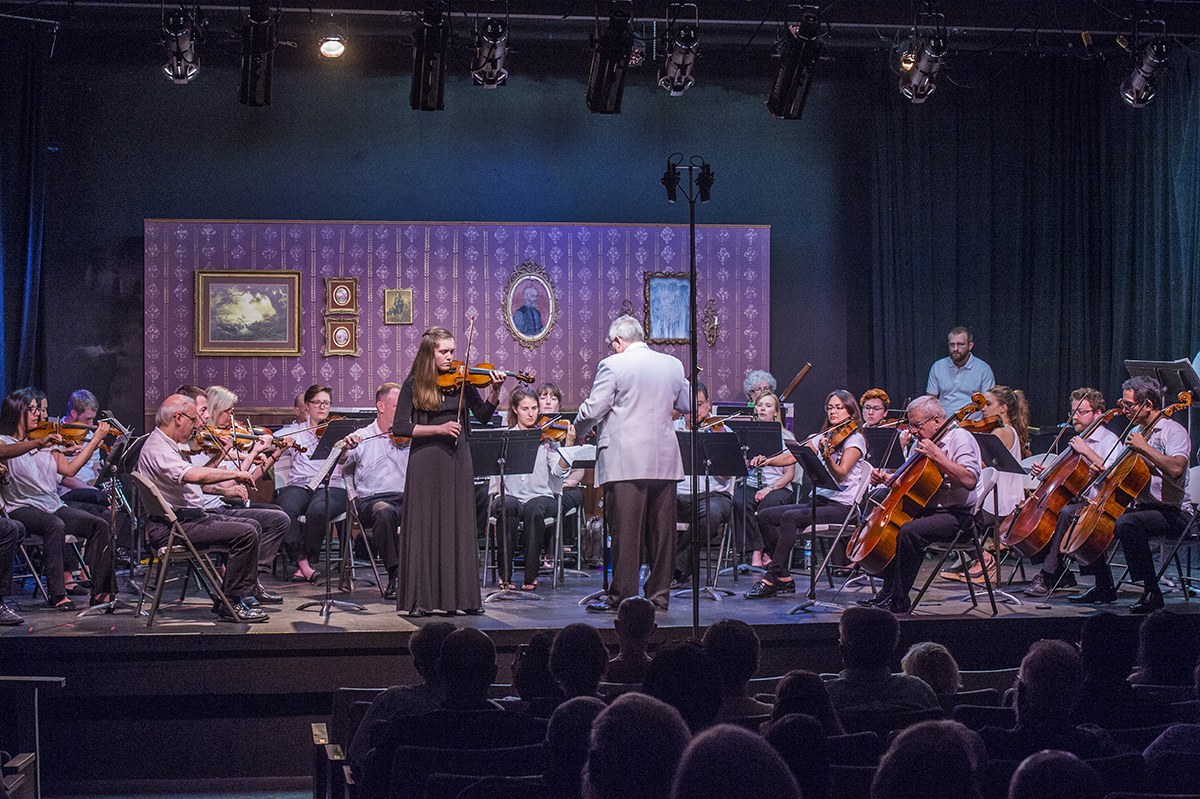 With a $15,000 grant from the SIU Foundation, the School of Music provided educational and artistic endeavors, benefiting students and the community at large.

“Within the School of Music, I tried to ensure the funds were allocated to activities benefiting a broad cross-section — including vocalists and instrumentalists, soloists and ensembles, classical and non-classical, new music and traditional,” Eric Lenz, the school’s interim director, said.

Below is a list of the events the grant helped fund:

A performance of the Requiem Mass by Guiseppe Verdi is a once-in-a-lifetime experience. This year’s marquee event was no exception. Filling the stage to capacity in Shryock Auditorium, SIU Symphony, Concert Choir and Choral Union were joined by guest ensembles from SEMO, John A. Logan College and Southeast Illinois College.

Longtime civil rights leader, lawyer and activist Frankie Muse Freeman passed away earlier this year at the age of 101.

Freeman, whom some would later call “Frankie Freedom” became a civil rights attorney who fought to end segregated housing and promoted equal rights in St. Louis and nationwide during the civil rights movement.

Upon her passing, Ameren Corporation established the Ameren Corporation Frankie Muse Freeman Trailblazer Scholarship. In October 2018, Ameren contributed $5,000 to the SIU School of Law. This will be the first of four payments of $5,000.

The scholarship specifications stipulate that the award be given to a full-time third-year law student in good academic standing, with specific preference given to a student who identifies as a female from an under-represented community with a demonstrated commitment to diversity and social justice.

The first recipient of this award is SIU law school student Adaku Oti. Oti is a third-year SIU law school student from Toronto who is deeply committed to humanitarian efforts. She was nine-years-old when she created a foundation in support of orphanages along the coast of West Africa. The foundation’s most recent donation has gone to the Children’s Home for the Deaf and those with Mental Disabilities in Accra, Ghana in January 2018 in hopes to advance the quality of life for the children and young adults that reside there.

“Receiving a scholarship from a company such as Ameren encourages me tremendously,” said Oti. “I am humbled they thought enough of my humanitarian efforts to help. Receiving this from Ameren makes me realize that everyone can contribute something small and it just might end up becoming something bigger.”

“We are very proud of the work of Adaku Oti, whose passion for helping those less fortunate embodies the founding mission of the SIU School of Law, which was “created in the public interest to serve the public good,” said Cindy Buys, interim dean for the SIU School of Law.  “We also are grateful to Ameren Corporation for their support of our law students. These types of scholarships facilitate our students’ success in law school and beyond,” Buys said.