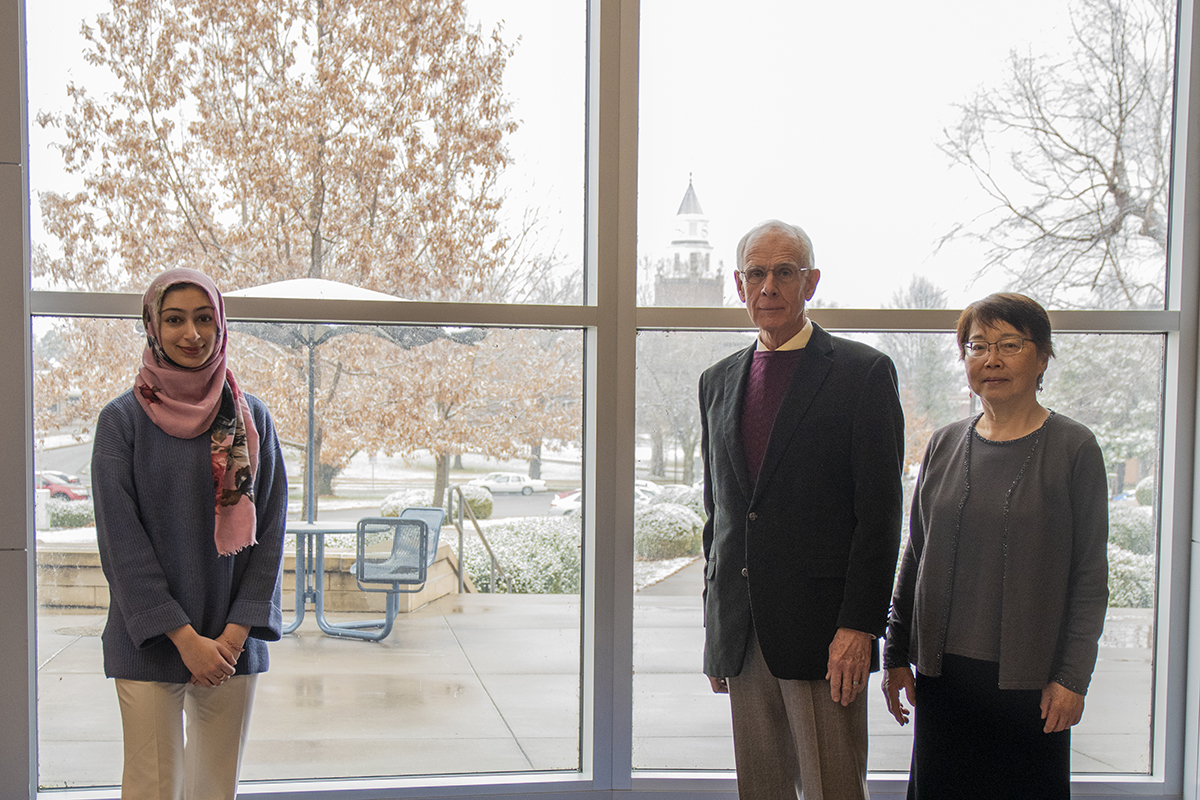 Maryam Makhdoom hadn’t heard of the Thanu and Nongyao Kulachol Library Scholarship. It’s a new scholarship with a specific focus, and that made Makhdoom its ideal first recipient.

Established in 2019, the scholarship supports students who want to work with populations in Southeast Asia doing public health projects, which aligns with her desire to go to Singapore for a semester to learn more about international public health.

“I was thrilled to discover I was awarded this scholarship because it fits in so well with my desires to further my knowledge about public health in southeast Asia,” said Makhdoom, who is also the university’s 2020 Lincoln Academy of Illinois Student Laureate.

Makhdoom plans to devote her life to helping improve the health and lives of people however she can. She is particularly interested in the emerging interdisciplinary fields of global health diplomacy.

Her goal is to become a physician, focusing on health disparities and inequalities. She said she will likely specialize in the care of women and children.

She is also seeking a Fulbright scholarship for 2021-22 to expand her research into how cultural values affect health outcomes.

“Should I be awarded the Fulbright, I will use the Thanu and Nongyao Kulachol Library Scholarship I have received to travel to Singapore,” Makhdoom said. “I have been so blessed that this scholarship fits so well with my dreams.”

The creation of the scholarship was a collaborative effort between the SIU Foundation and Library Affairs, along with donors Jared and Maryann Dorn.

“Sometimes many students are not aware of scholarships that are available to them that align with their future plans,” Makhdoom said. “Donors really open up career paths for students and broaden their horizons. Such opportunities open their eyes and allows them to focus more clearly on their hopes and plans. I would encourage other donors to give so more students could benefit from opportunities such as the ones I have received here at SIU. I am so thankful for donors like Jared and Maryann Dorn, and I am excited about the future before me.” 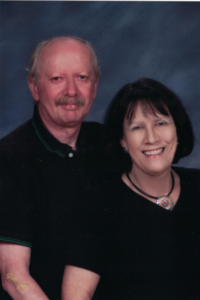 What can someone do with a degree in English literature? Plenty, and SIU alumnus Jim Hood is the perfect example.

Hood’s degree propelled him into a successful career in the news and information industry.

John Gardner was Hood’s favorite professor. Gardner had built a reputation as a rebel in the field of medieval studies, specifically in the study of Geoffrey Chaucer.

“I remember Gardner reading ‘Canterbury Tales’ to my class. He would read it line by line and explain it in middle English,” Hood said. “It was as much anthropology as English literature. Gardner transformed it from a study of old bones into a study of beautiful poetry and fiction.”

While a student at SIU, Hood gravitated toward local news and spent most of his time as a radio reporter and freelance correspondent covering the social upheavals of the 1960s. He served as the news director of WSIU radio, covering civil rights and anti-Vietnam War activities. Hood also worked at WINI in Murphysboro and WJPF in Herrin.

“I remember finishing up the 2 p.m. news at WJPF when the phone rang,” he said. “A guy asked if I was the one who just delivered the news, and when I said that I had, he offered me a job at a radio station in Phoenix. After graduation, I packed my bags and went to Phoenix.”

Hood also regularly sat in on classes taught by Buckminster Fuller. He credits Fuller, in part, for his entrepreneurial spirit.

“I never forgot what I learned at SIU,” he said. “Fuller taught me about design, how to look at problems, and then how to think outside the box to solve those problems.”

Hood worked for 14 years as an editor and executive for Associated Press outlets across the country. His knack for solving problems coupled with his technical skills pushed him to start several startup companies, such as Zap News and Consumer Affairs.

“I’m the guy you can blame for consumers who won’t buy anything until they read the reviews,” Hood said.

“Basically, it’s my personal hobby. We cover Washington, D.C., and do stories on cops and robbers – that kind of thing.”

“Sometimes people with a technical bent don’t know how to express themselves, and literary types are hopeless when it comes to technical stuff,” Hood said. “It’s my hope that by implementing new media projects using technology, it will help one or two starving English majors.”

Hood credits SIU with introducing him to some of the brightest people he ever met.

“I’ve always felt obligated to give back to SIU. It helps diverse students and attracts students from other countries. It also helps to lift up students from inner cities like East St. Louis and Chicago,” he said. “I think big universities like SIU need the benefits of philanthropy much more than private institutions.”