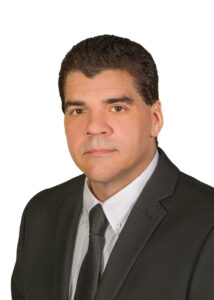 Todd Headrick, an emeritus faculty member of the SIU School of Education, has donated $50,000 to establish the Todd Headrick Endowed Scholarship for Graduate Studies in Education.

The endowed gift will fund scholarships for graduate students in education who maintain a 3.0 or higher GPA.

Headrick began his career at SIU in 1999 and has held several positions in the College of Education and Human Services, including a full professorship, chair of his department, the appointment of associate dean of research and his time as a fellow in the provost office. Headrick retired from SIU in January 2020 and now attends law school at Arizona State University Law School.

For Headrick, the importance of giving back was instilled in him at a young age.

“My grandfather would lend a helping hand to others around him, and he was always giving donations for causes he believed in. My mother and her husband are also generous to others, so it seems natural for me to lend a helping hand to students at SIU who are trying to get an education,” he said. “SIU has been good to me, so I want to pay it forward for students who could use the help.”

Between the recent reorganization process and the current COVID-19 situation, the way SIU educates future teachers has changed quite a bit.

“With the reorganization of colleges and schools, the School of Education is now much more focused on education, and it has streamlined the process of educating teachers,” Headrick said. “And, COVID-19 has really pushed the university to pivot into an online learning experience. I am hopeful SIU will continue to gain strength in providing a top-notch online learning environment.”

School of Education Dean M Cecil Smith thanked Headrick for the gift and shared his excitement about the future.

“First, it is a wonderful capstone to his career at SIU. Second, it clearly demonstrates his dedication to ensuring the success of students in the School of Education,” Smith said. “We will be able to provide anywhere from one to four new scholarships in the next academic year as a result of Dr. Headrick’s generosity.”

If you would like to learn how to donate to the School of Education, please click here.

Inspired by the hard work and dedication of Olivia Hood, an SIU student and member of the Leadership Development Program, Scott Moller ’85 has decided to donate $2,500 to the Saluki Food Pantry.

Moller, a member of the SIU Alumni Association and SIU Foundation boards, made the gift after meeting Hood and witnessing her fundraising work with campus RSOs. He said he hopes the gift will spur others to do the same.

The Saluki Food Pantry is located on the Lower Level of the Student Center and is open from 10 a.m. to 1 p.m. on Mondays and 1 to 4 p.m. on Thursdays. Any student with a valid student ID can access the pantry’s resources. To learn more, visit www.studentcenter.siu.edu/services/saluki-food-pantry.php. 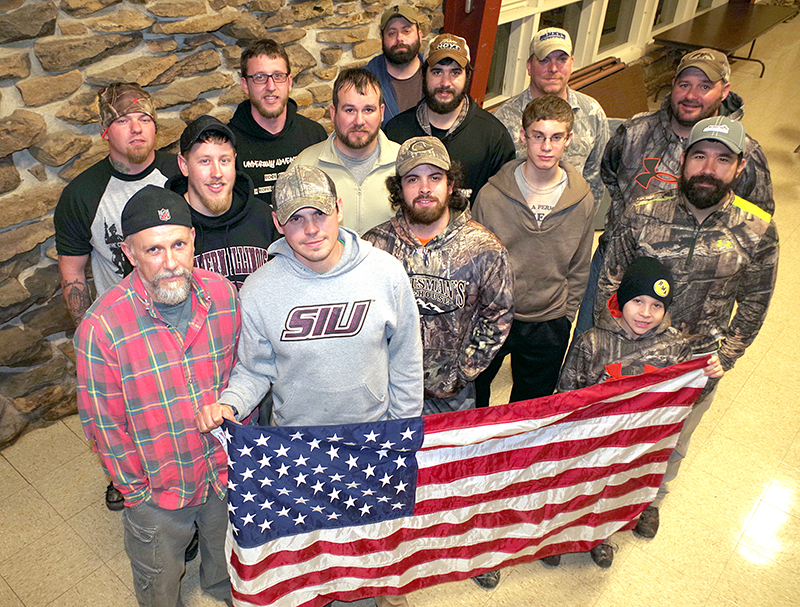 Shane Brady graduated from SIU in May 2017, taking with him a bachelor’s and master’s in outdoor recreation resource management. He left behind much more.

Brady, a U.S. Army veteran who served a 14-month tour in Iraq and a 12-month tour in Afghanistan, came to SIU in 2013. In the spring of 2015, he started working as a graduate assistant at Touch of Nature Environmental Center.

While there, Brady spearheaded the creation of the Veteran Adventures program. Offering outdoor activities to post-9/11 veterans, the program has become a huge success.

“Veteran Adventures was born out of the idea that there needed to be a program that brought veterans together in hopes of easing the transition from military life to civilian life,” he said. “Getting out of the military can be a very challenging life event. For veterans who are going to college for the first time it means trading your support group for a group of strangers and an experience that is completely new.”

The program includes a number of activities, most of which take place near SIU. There are pheasant and deer hunts, hikes, backpacking trips and recently a whitewater rafting excursion in Tennessee.

“These are deeply discounted or cost-free programs,” J.D. Tanner, director of Touch of Nature, said. “They can help relieve a little bit of the stress these veterans can face.”

Early on, most of the funding for the program came from community-level fundraising. This included profit-sharing promotions at local businesses. In September, Touch of Nature received a $30,000 grant to fund the hiring of a graduate assistant to run the program.

Most of the trips include 10 to 12 veterans, but Tanner said he hopes to expand the program to larger groups, more trips and a wider array of activities.

Tanner and Brady are both hopeful that the importance of both Touch of Nature and the Veteran Adventures program won’t go unnoticed during the Forever SIU campaign and upcoming Day of Giving on March 7.

“Since its inception, Touch of Nature has been an important part of SIU and to the Southern Illinois region as a whole,” Brady said. “It has done, and continues to do, amazing things for SIU and the community.”

The next Veteran Adventures event is a backpacking trip along Southern Illinois’ River to River Trail. It begins March 10 and is free of charge. To register or learn more, visit http://ton.siu.edu/program-areas/veteran-adventures/trips/.

For more information about the Forever SIU campaign, visit www.foreversiu.org. To make a gift benefiting the SIU Day of Giving, visit siuday.siu.edu. The SIU Foundation has been a cornerstone of SIU for more than half of the university’s existence.

For 75 years, the foundation has played a vital role in SIU’s expansion and development. Students, faculty, staff and the community have benefited from its philanthropic mission.

Starting with a $10 gift in 1942, the foundation has evolved in the way it serves the university. From land acquisition to endowments to rare book collections and beyond, the goal has always been the same: Help keep SIU moving forward.

In the early going, the foundation collected relatively few monetary donations. It wasn’t until the 1950s that the foundation cemented itself as the driving force behind the university’s fundraising efforts.

“The warmth generated by good ideas from good people for good causes quickly melts away all barriers and leads to inevitable success,” said SIU President Delyte Morris on March 12, 1960, the date of the university’s first Foundation Day.

During Morris’ tenure (1948-70), the university saw unparalleled expansion in terms of enrollment and physical presence. SIU grew from a teachers’ college serving a few thousand students to a three-campus system with tens of thousands of students.

The foundation’s impact also expanded during this time of prosperity. The efficacy of the foundation has allowed the numbers to rise continually – which, in turn, has led to expanded influence on campus.

In 2016, the foundation awarded 1,565 students more than $2.8 million in scholarship money. More than $2.3 million was earmarked for university and community programs. Nearly $2 million was designated for academic and research support.

On March 1, 2017, the foundation hosted the inaugural SIU Day of Giving. It was the university’s first 24-hour online fundraising campaign. After receiving 1,334 gifts totaling $341,121, excitement already is building for 2018’s Day of Giving, scheduled for March 7.

This spring, the foundation continued that mission by announcing “Forever SIU: The Campaign for Students.” Over a three-year period, the campaign aims to bring at least $75 million to the students of SIU Carbondale. Campaign co-chairs Dan Korte ’85 and Camelle Logan ’89 have announced that the campaign already has raised $33 million toward that goal.

Donors may give to any number of worthy causes, ranging from scholarships to particular projects, and to colleges or other departments. For more information, visit www.foreversiu.org.