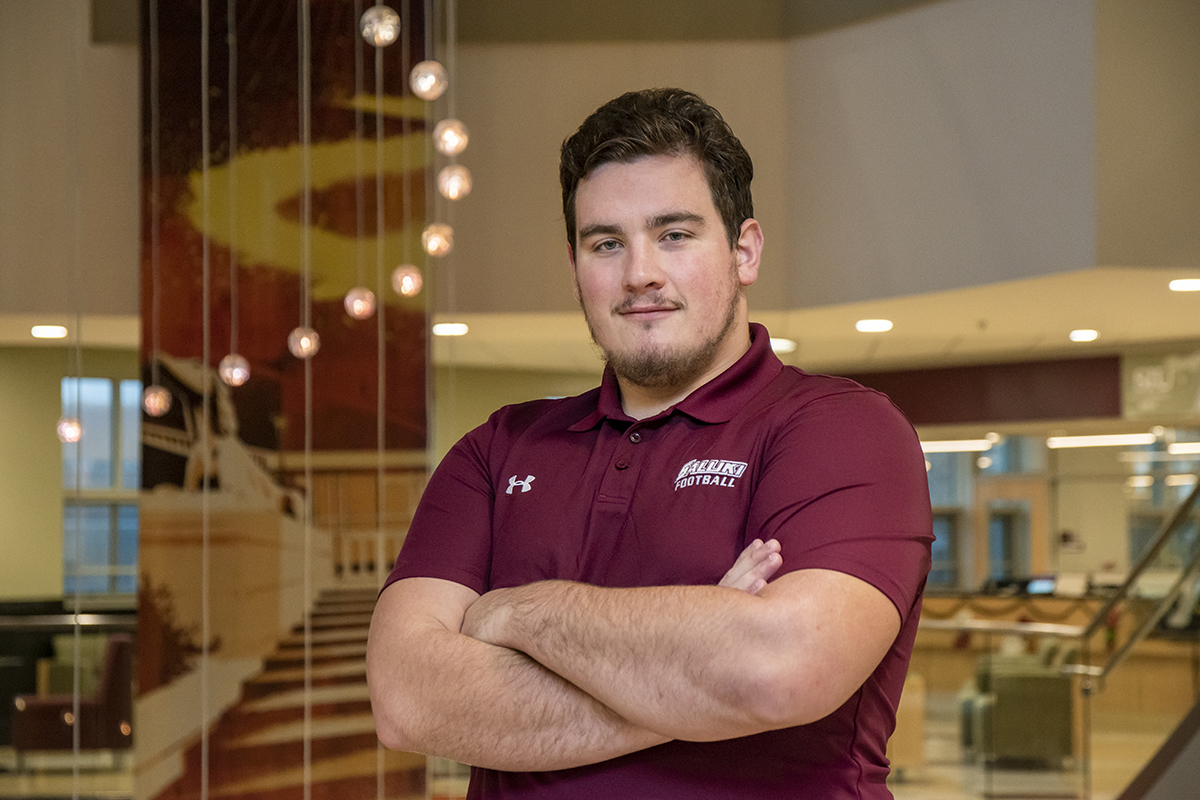 On the football field, the center protects the quarterback and paves the way for the ball carrier. A good center is key to a strong, cohesive unit.

For SIU’s football team, Jacob Marnin plays that role. His on-the-field ability brought him to SIU on a football scholarship, but his academic accolades are even more impressive. He’s the first recipient of the Chancellor Carlo Montemagno Excellence Scholarship.

“None of this would be possible without the help of scholarships,” Marnin said. “The Montemagno scholarship has helped me pay for books and other fees, allowing me to put even more focus on my studies.”

Montemagno joined SIU as its chancellor in August 2017 but passed away on October 11, 2018. During his tenure, he was a fixture at athletic events.

“Chancellor Montemagno was a great supporter of Saluki Athletics,” Marnin said. “I remember seeing him around our facilities often. It means a lot that his family has honored his memory by helping students advance toward their goals.”

Marnin, who earned his bachelor’s degree in 2018, is a graduate student in criminal justice. He anticipates graduating in May 2020, and he was recently named a Division I first team academic All-American, as selected by College Sports Information Directors of America.

With a perfect 4.0 GPA, he was the 100th player in Saluki Athletics history to earn Academic All-American status. He was also a member of the FCS ADA Academic All-Star Team and MVFC All-Academic Team.

“Everyone at SIU has been so supportive,” he said. “My professors and coaches have been great. They’re willing to go the extra mile for you.”

After he graduates, Marnin plans to go into the Army’s officer candidate school and spend five years serving in the Army. After that, he has his sights set on being a paramilitary operator for the CIA. 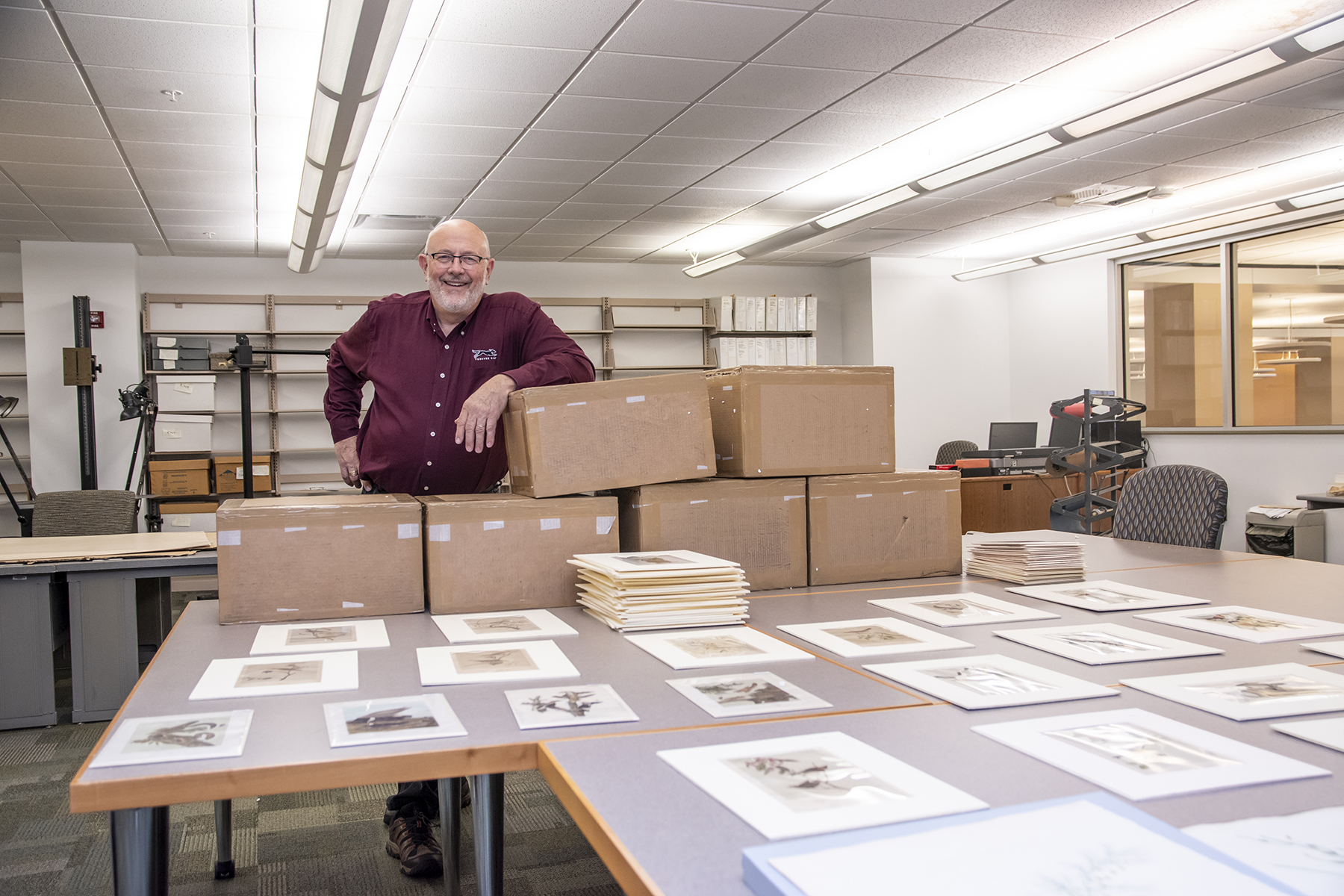 Jeffery Leving ’74 recently donated hundreds of rare naturalist paintings to Morris Library. The collection includes 295  Audubon bird paintings from the Birds of America octavo edition; 67 mammals from the Quadrupeds of North America, octavo ed.; and 13 Redouté prints of flowers from the lily family.

Dean John Pollitz shares that when the collection of boxes arrived and he started opening them, he was overwhelmed with Leving’s generosity. 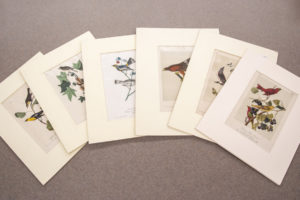 “This collection is so well suited to our university because we have such a strong relationship with nature. We are surrounded by the Shawnee National Forest, we are in the center of the Mississippi Flyway, and we are in the midst of the land that Audubon roamed finding his birds to draw.”

“This donation is a reflection of how our alumni hold this place dear. Jeffery and I attended SIU at a very special time and our lives were molded by those years. I am thrilled that someone as successful as Leving wants to give back to SIU,” Pollitz said.

The collection will be on display at the library beginning April 23 during Earth Week.