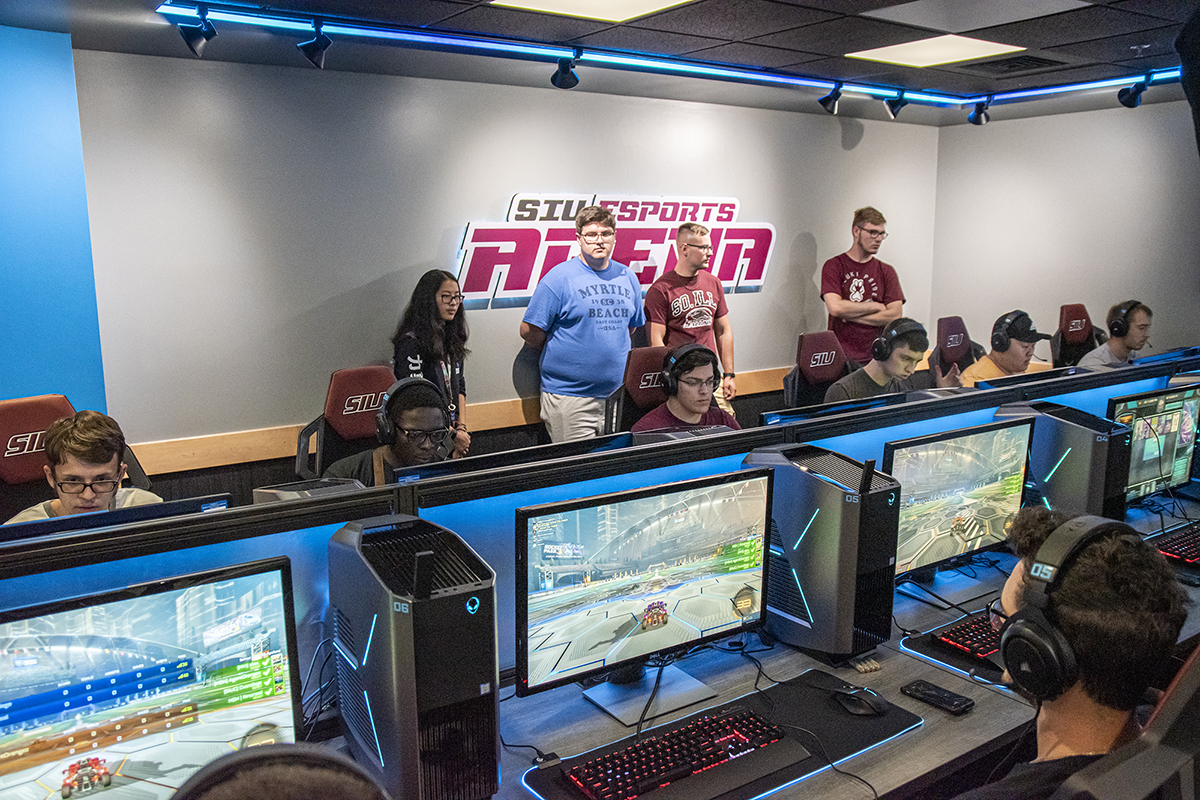 Walking into Student Center’s northside entrance, the blue light is eye-catching. It draws attention to one of the university’s newest attractions – the SIU Esports Arena.

With the new arena, SIU has a spot at the forefront of the esports market.

“The Esports Arena adds a new opportunity for our students to engage with each other while playing competitive or recreational video games,” said Tena Bennett, Student Center director.

The arena’s entrance is located in the Bowling & Billiards area of the Student Center, and it’s open to students, faculty, staff and community members for a small fee. It can also be booked for groups or parties. For more information, email esports@siu.edu.

SIU Esports also has a registered student organization, which will compete with other universities. The hope is to expand the team and its ability to compete in the future.

Of course, as is the case with all technology, there is a constant need for upgrades.

“In efforts to keep the SIU Esports Arena competitive among other universities, schedules have been implemented for equipment replacements including arena digital displays, gaming PCs, peripherals, chairs and controllers,” said Brandon Macier, assistant marketing director for the Student Center. “Annual software upgrades and new game licensing are also a continual expense as new games are released.”

To support the esports initiative and help the arena thrive, visit siuf.org/esports.

“By donating to the Esports Arena, you are supporting students and adding to the dynamic culture we strive to build and maintain on our campus,” Bennett said.