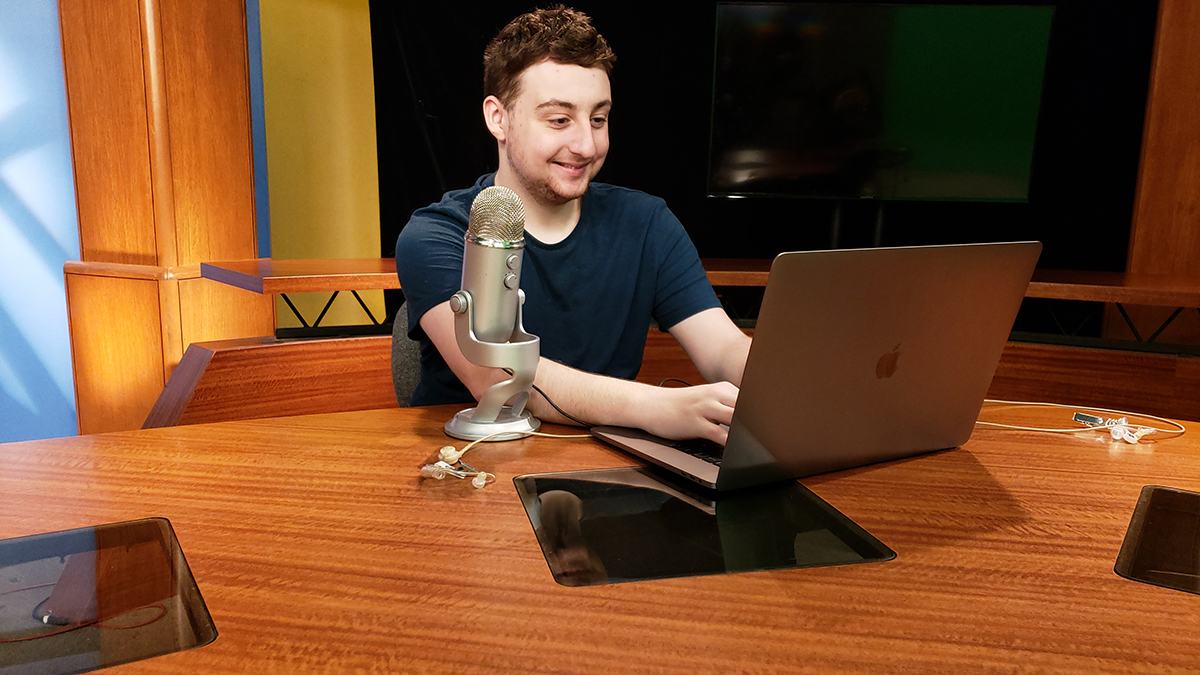 Blake Schultz, at student majoring in information technology, works with the new computer to record Illinois Law Makers, a program produced by WSIU that provides in-depth coverage of the state’s General Assembly.

(The following article was initially published March 9, 2021. Read below for new update.)

This year, the foundation was faced with the dilemma of trying to host another SIU Day of Giving during a pandemic. The foundation team asked themselves how they were going to capture people’s attention if they could not gather or engage with students, faculty, staff, alumni and the community across campus. Thanks to some creative thinking, the foundation determined it would use a livestreaming platform to capture the needed attention. As the details of what was needed emerged, the foundation’s marketing staff quickly realized this would stretch their capabilities to the limit. In short, they worried if they could pull off an eight-hour livestream featuring dozens of deans, heads of units, the chancellor, and several foundation development officers.

Now, For the Rest of the Story

In appreciation for WSIU’s assistance, the SIU Foundation purchased a new laptop for students to use while working at WSIU. Larry Hunter, the director of development for WSIU, says the staff is very excited to receive the laptop.

“This is the first new equipment they have had in a long time and it will really help with producing programs at the WSIU studios. The WSIU staff appreciates the reciprocity the foundation has brought and is grateful the foundation is acting as an accelerator in helping students collaborate across the university,” said Hunter.