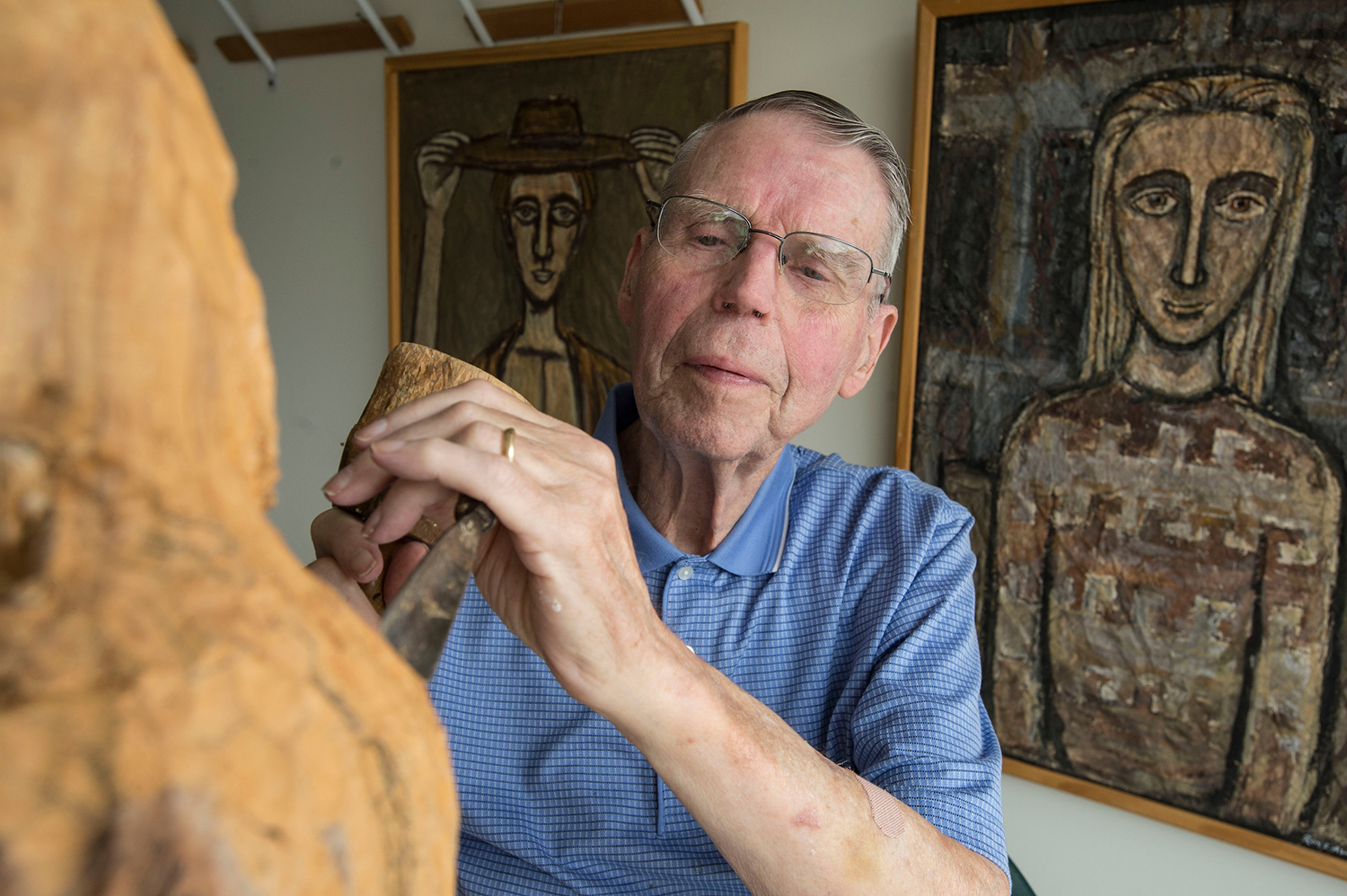 The first thing you notice about Roy and Marianne Abrahamson is the distinct twinkle in their eyes. Married 56 years, they share a life rich in art, laughter and the art of giving.

“Art is transformational,” says Roy Abrahamson, an SIU art education professor for 31 years until his retirement in 1996. “Art is the ability to transform what one sees into an artistic formation according to one’s inner holistic view.”

The transformational power of art led the couple to establish the Dr. Roy E. Abrahamson Art Education Endowed Scholarship to help students afford an education – so the students, in turn, can contribute to the artistic transformation of others.

“Roy is the type of artist that doesn’t sit and sketch what he sees,” Marianne Abrahamson says. “Instead, he takes in the scene and records it with an inner eye.” The gift of expression is evident throughout the Abrahamsons’ home in Carbondale. The artwork that adorns their walls and coffee tables reflects Roy Abrahamson’s fascination with multiple types of art – from temperas, to oils, to caseins, to acrylics, to watercolors and wood sculptures.

Roy Abrahamson’s love of art has taken him from one coast to the other. After receiving his bachelor’s degree in art education from the University of Minnesota, he studied with Henry Schaefer-Simmern at the Institute of Art Education in Berkley, California. After obtaining a master’s degree in elementary and secondary education from San Francisco State University, he served three years in the Army during the Korean War.

Following his military service, he taught public school in San Francisco. In 1960, Roy and Marianne married, and in 1963 they moved to New York, where Roy Abrahamson earned a doctoral degree in art education at Columbia University. In 1965, he joined the School of Art and Design faculty at SIU, teaching art education to hundreds of students during his tenure.

While at SIU he also served as president of the Illinois Art Education Association, and was a member of the National Art Education Association and the International Society for Education through Art. In addition, he wrote and published many research articles in professional journals. He also took part in a research grant program involving student teachers and mentally handicapped children and organized annual hands-on art sessions for children from southern Illinois schools.

Perhaps one of Roy Abrahamson’s greatest achievements came after his retirement from SIU. He was asked by the widow of his late mentor Schaefer-Simmern to co-edit a book titled “Consciousness of Artistic Form.” A copy of the book sits prominently in the couple’s living room.

Marianne Abrahamson says they recently saw an opportunity to give back to the university that was such a significant part of their lives.

“Being a native of Germany myself, and both of us growing up during WWII, the experiences of that time formed our outlook,” she says. “While we never had much money back in the early years, we knew how to make the most of what we had. And now that we have the funds, we want to help deserving students in art education get their education.”

“Throughout my career and throughout our lives, it’s always been about helping students demonstrate art that is true to their inner being,” Roy Abrahamson says. “Marianne and I established the scholarship to help students who could not otherwise afford an education. It is a good feeling to have.” 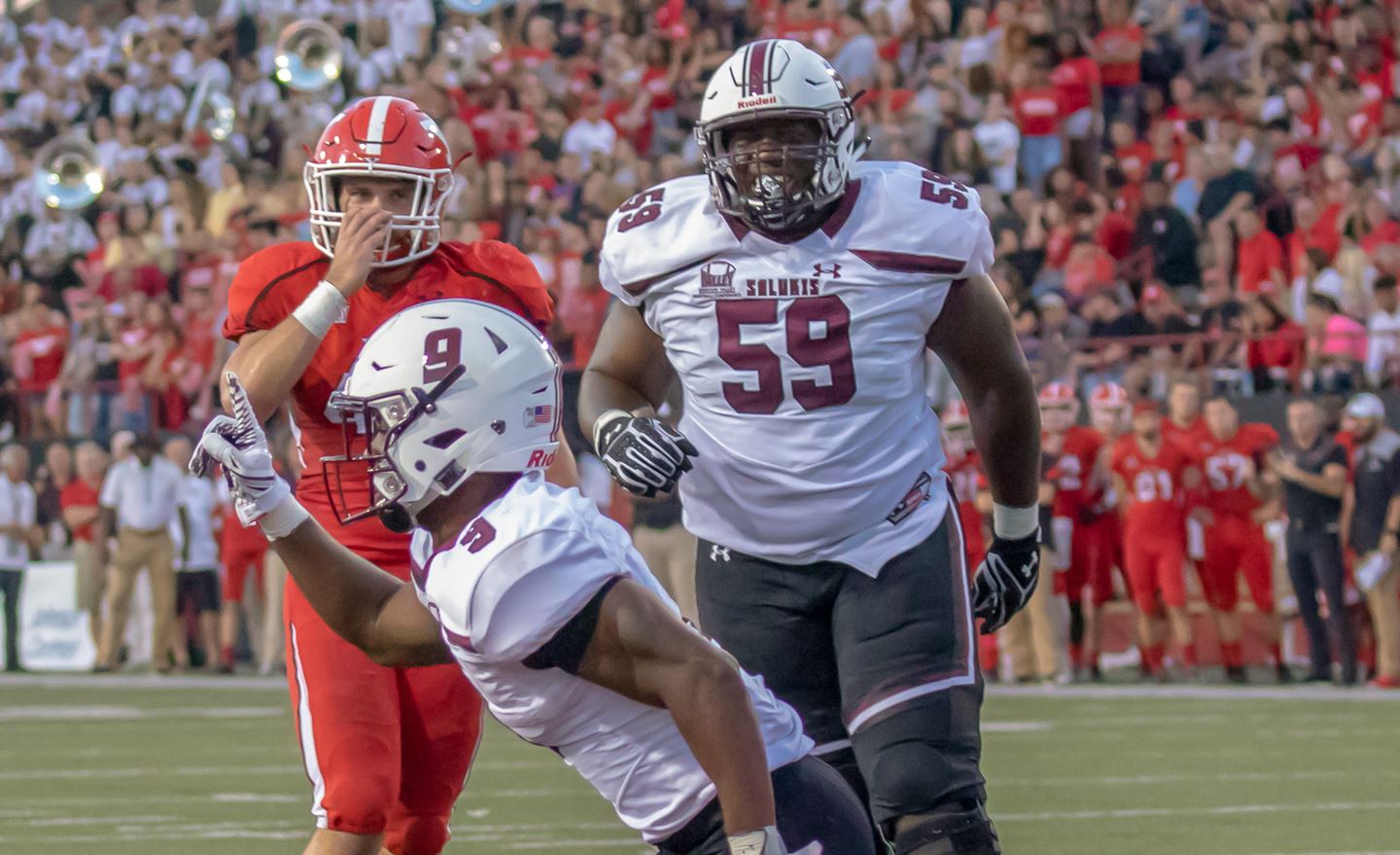 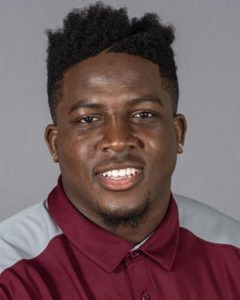 CARBONDALE, Ill. — ZeVeyon Furcron, a sophomore from Crest Hill and a member of the Saluki Football team, received the Julius A. and Norma H. Johnson Athletic Scholarship for the 2018-19 academic school year. Furcron helped pave the way for 1,000 – yard rusher D.J. Davis in 2018.

“ZeVeyon does everything right for our team and leads by example,” said head football coach Nick Hill. “His attitude and personality is contagious and makes people around him better.”

“Having a scholarship here at SIU is a huge deal for my family and me,” said Furcron. “I am the first one in my immediate family to go to college with a scholarship.”

Even though he redshirted during his first year at SIU, Furcron was named Missouri Valley Football Conference Academic Honor Roll and the team’s Defensive Scout Player of the Year. During this past season, he switched positions from defensive tackle to left guard which helped improve the offensive line.

“This scholarship shows that all my mom’s hard work didn’t go to waste,” added Furcron. “I am able to pay her back with this scholarship and by hopefully making it to the NFL one day.”

Julius Johnson was a St. Louis, Missouri native who earned his bachelor’s degree in Political Science from SIU in 1975. As a member of the 1956 and 1957 SIU gymnastics team, Julius was a stellar performer especially on the parallel bars. After receiving his degree, he served in the Army before earning his law degree from Howard University in 1963. Julius and Norma were married in June 1964. Julius worked as public defender, law school lecturer, and assistant U.S. attorney before his appointment as administrative judge for the Department of Labor in 1976. He was honored in 1997 as an SIU Distinguished Alumni. Norma Johnson was a Lake Charles, La. native, who was the first African-American women appointed as the U.S. District Court Chief Judge. Julius passed away in 2010, and Norma in 2011. Their legacy continues to this very day.